Be inspired, be challenged, become the best you can be!

Middle school students are emerging adolescents who are experiencing profound changes in the intellectual, physical, social and emotional areas of their lives. These changes call for unique learning environments where students can mature, achieve success and be challenged at their own developmental rate. The design of the Middle School creates a supportive and progressive learning environment for students in Years 7 – 9 through the provision of specific academic, co-curricular and pastoral care programs that are sensitive to the developmental needs of young adolescents.

The College strives to foster an environment based on harmonious working relationships, responsibility and mutual respect. The goal of the College is to nurture and develop our students into creative and critical thinkers instilled with a lifelong love of learning, who will be active citizens striving to create a just society.

Life on the Duncan Campus (Video)

Current research indicates that the workforce of the 21st century is going to be one where job mobility and retraining are dominant features. To this end, the Middle School curriculum will have the goal of promoting life-long learning.

The main objectives of the curriculum are: 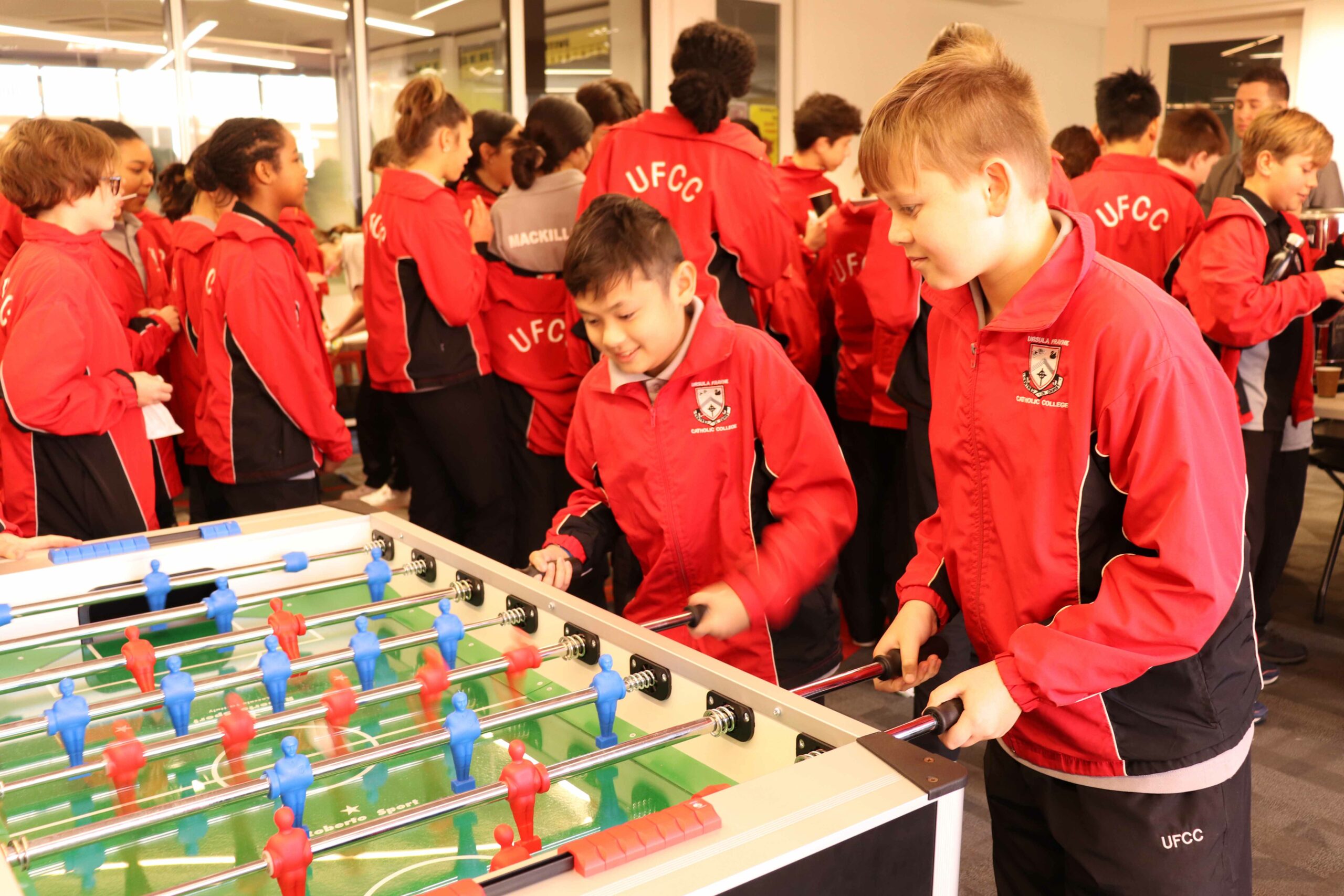 Ursula Frayne Catholic College promotes the balanced development of our students within a community atmosphere. Young people need support and encouragement during the 'middle years'. This is put into practice in the Middle School through a caring but disciplined environment designed to make students feel safe and confident to develop their potential.

The pastoral support of students is an important element of the Middle School. To improve the care for each child, the Middle School is divided into three separate Clusters; Joachim, Rice and MacKillop. Each Cluster is comprised of a Cluster Leader who is responsible for the overall coordination and organisation of their Cluster. The Cluster Leader works closely with the Form teachers who are the link between school and home for general information concerning the student’s academic progress, study, attitude, attendance and general happiness at school.

Crest: The crest is based on the original crest for St Joachim’s High School with the only difference being that the dove has been turned to face upwards illustrating the students desire to always strive for better. Father of Mary, grandfather of Jesus, pray for all parents and students, that they may provide wisdom, strength and love for each other, as you provided for Mary and Jesus.

Joachim (whose name means Yahweh prepares), was the father of the Blessed Virgin Mary, grandfather of Jesus Christ. His name was chosen as it has historical ties with two of our founding schools, St Joachim’s High School and St Joachim’s Primary School. The parish in Victoria Park is also known as St Joachim’s.

St Joachim was a man of Galilee, husband of Anne, and both were in the decline of life when Mary was born. Tradition relates that while Joachim was away from home, he had a vision that Anne was to be blessed with a child. Images of St Joachim are often identified by the presence of some of his associated symbols, such as a book, or turtle doves representing peace and the purity of his daughter Mary. He is shown with a shepherd’s staff, a symbol for the Christian word and an emblem of the good shepherd.

Crest: The crest is made up of four parts and divided by a cross: Most loving God, we thank you for the example and inspiration of Blessed Mary MacKillop, who in her living of the Gospel witnessed to the dignity of each human person. Wherever we are, whoever we are, whatever we do, we are called to relieve suffering and bring hope. Never see a need without doing something about it.

Mary MacKillop was a very influential woman in the development of education for young adolescence in Australia. Mary devoted her life to God and the needs of the poor by providing places of shelter and education for those without.

Mary’s motto, ‘never give up’ was a very strong attribute that we thought would be a positive influence on the UFCC community.

The devotion of her life to others, her attitude towards those in need and her rich spirit on making a difference, are the reasons why Frayne chose Blessed Mary MacKillop as a name for one of the Middle School Clusters.

Crest: The crest shows three dolphins, an early Christian symbol, linked together in the middle of an unending circle representing the lifelong journey of learning. The Celtic crosses are representative of Edmund Rice’s Irish heritage. 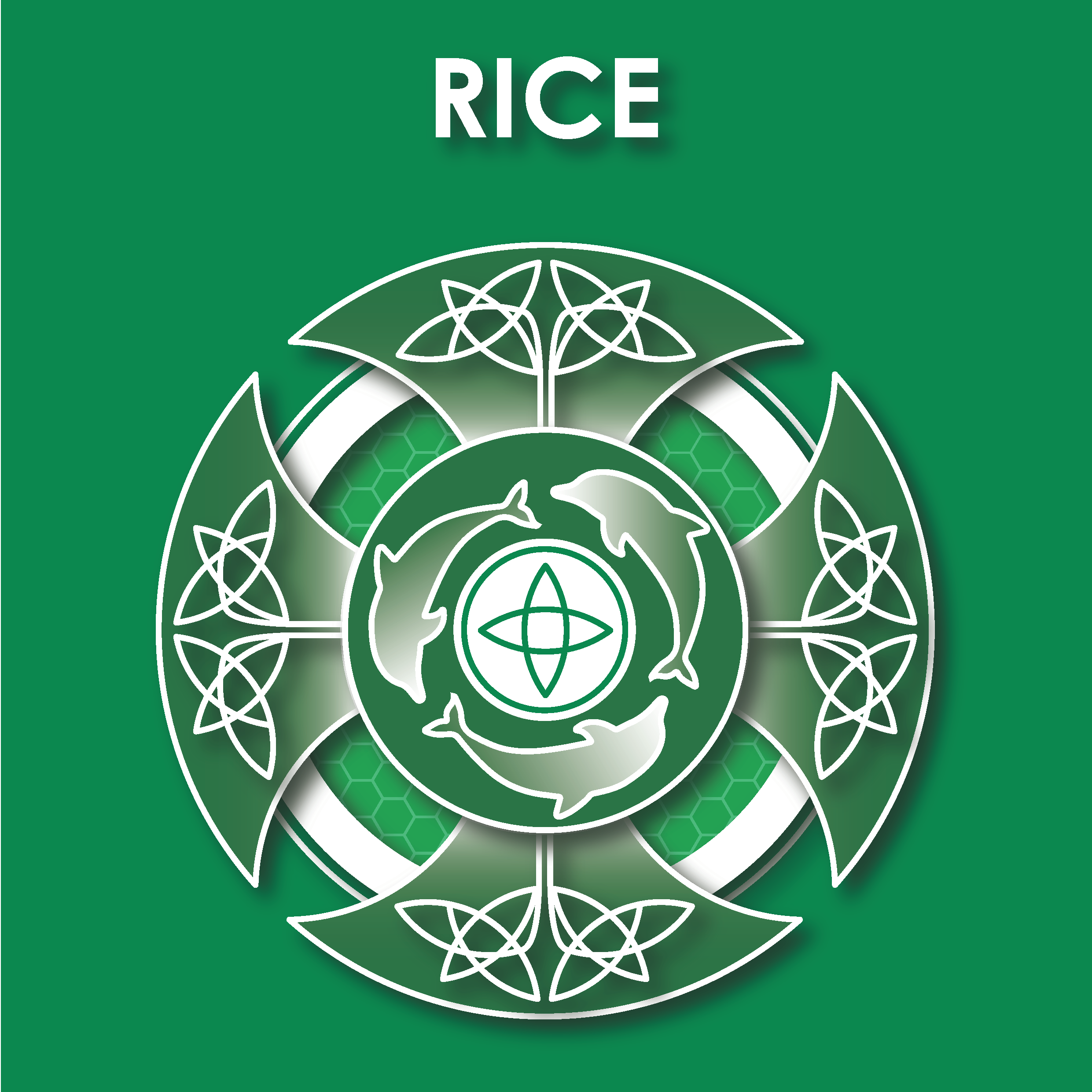 O God, we thank you for the life of Edmund Rice. He opened his heart to Christ and served those oppressed by poverty and injustice. May we follow his example of faith and generosity. Grand us the courage and compassion of Edmund as we seek to live lives of love and service. We ask this through Christ our Lord.

Edmund Rice was born in 1762 in County Kilkenny, Ireland. On finishing school, he was apprenticed to his uncle, Michael Rice, who was in the business of supplying ships for long trips at sea. By his late twenties, through his entrepreneurial skills, he had earned enough money to make himself and his family comfortable for life. After his wife died in 1789, Edmund turned to his special vocation, which was to provide dignity for the poor, especially through education. He started a primary school for a few poor boys and lived in a room above the classrooms. He later put up a larger building. In 1802 he was joined by two companions who shared his vision where they combined a semi-monastic life with the hard work of teaching unruly boys under primitive conditions. The order of Christian Brothers was founded in this year.

The Leaders in each Cluster represent and speak for the students in Years 7, 8 and 9 on matters impacting upon all students in the Middle School.

Student Leaders have many functions but the most important is that of modelling the appropriate behaviour of an Ursula Frayne Catholic College student in all aspects of College life.

The Middle School curriculum strives to nurture life-long 21st Century learners who use their potential and talents in the service of others, and for the benefit of themselves.

The subjects studied in the Core Program are:

All the subjects and learning opportunities in this component of the curriculum are compulsory for all students.

The Electives are offered in Year levels thus allowing students to build their capacity and expertise as they progress through the Middle School. The Elective subjects are from the Performing Arts, the Visual Arts, the Design Technologies and the Digital Technologies curriculums.

Please refer to the Curriculum Handbook for more detailed information.